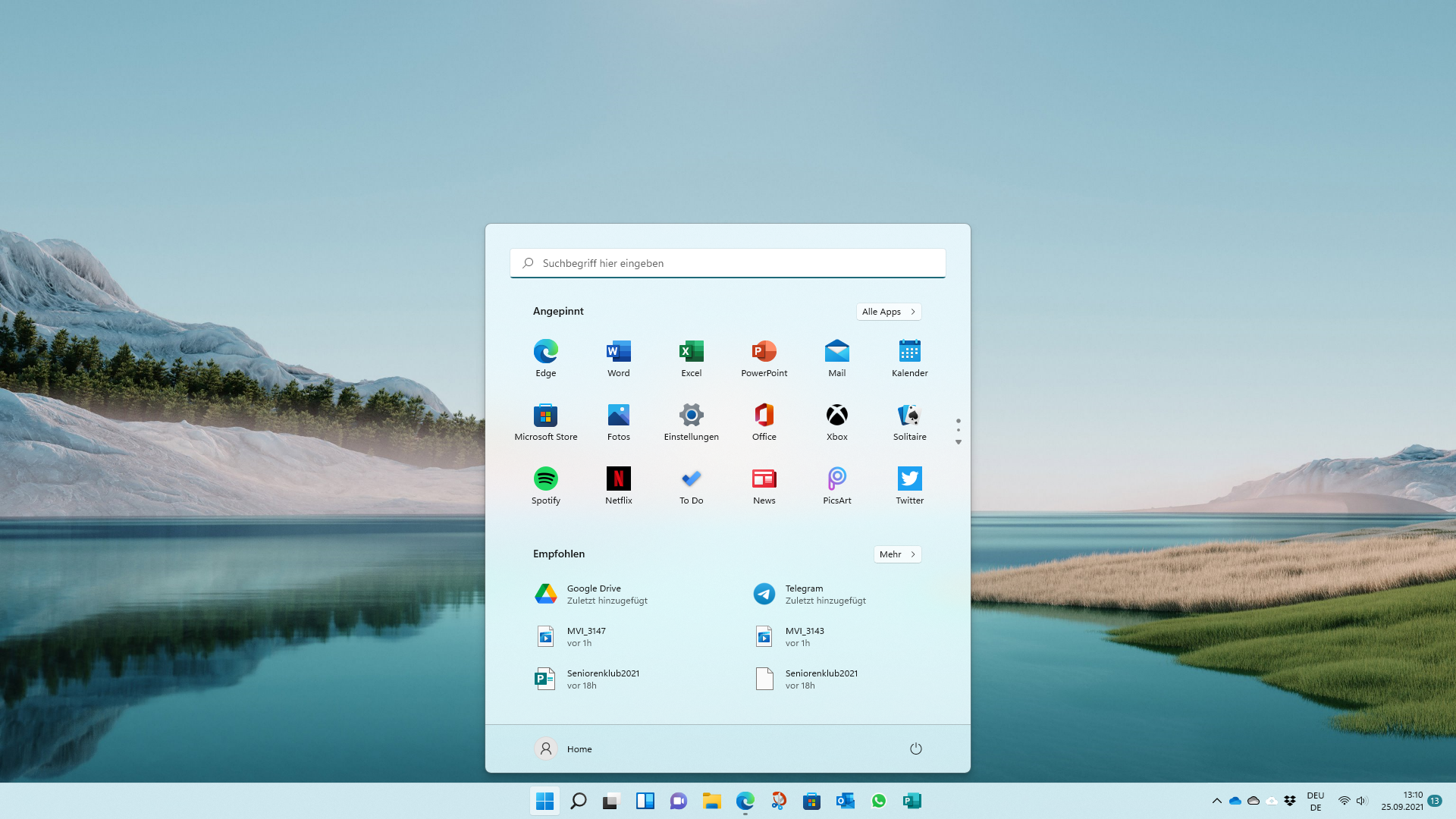 In the summer of 2015, Microsoft released Windows 10. Now, a good six years later, when the operating system has long been part of everyday life, Windows 11 will follow. The deadline is October 5. Are you ready?

At 10, Microsoft wanted to stop counting after all. At least that’s what many assumed: When it was unveiled in 2015, it had sounded as if the operating system would be steadily developed further, but the name Windows 10 would remain. But Microsoft continues to count and now Windows 11 is just around the corner. One thing is certain: Windows 10 users will not be overwhelmed, but will have to get used to something. The most important questions and answers about the new Windows 11 at a glance:

Is there a new design?

Yes, Microsoft has banned the once controversial tiles and the new Start menu opens in the center, because the Start button has also moved to the center of the taskbar. Rounded corners are especially noticeable in the windows, everything looks airier. The file manager Explorer has been slimmed down and the settings have been spruced up. In addition, the system announces itself with new sounds, icons and backgrounds.

And what about new functions?

Widgets, i.e. windows with news, weather or other information, are new. The focus mode for undisturbed work without distractions, which can be activated in the Clock app, was not yet available in Windows 10. Virtual desktops are also introduced, which can be used to create different work environments, for example for work and leisure, even with different backgrounds.

What are snap layouts supposed to be?

It is a new grouping function that is supposed to make it easier to handle many windows and programs while optimally utilizing the display area. Suggested layouts appear as soon as you click on the maximize icon in the upper right corner of a window. Once you have decided on a layout and distributed all windows on the screen accordingly, a snap group is created. And this can be conveniently minimized and maximized in its entirety.

In fact, Android apps should also be able to be searched for in the overhauled Microsoft Store, downloaded via the Amazon App Store and used under Windows 11. In terms of software integration, Microsoft is planning to integrate the Xbox subscription Game Pass and the Teams tools into Windows 11, among other things.

Is Windows 11 only available for new computers?

No. If the technical requirements are met and the latest Windows 10 version is installed, Windows 11 will be offered. However, not necessarily immediately on October 5. The update will be distributed gradually. This can take weeks, if not months. Impatient users can also manually check now and then whether Windows 11 is already available for them under “Settings/Windows Update/Check for updates”.

As a rule, yes. According to Microsoft, it sticks to the “central design principle of app compatibility”. In short, anything that ran under Windows 10, 8 or 7 will also run under Windows 11.

Will my computer get Windows 11?

That depends. Microsoft has set minimum technical requirements that a system must meet – otherwise the setup wizard will abort the installation. Compared to Windows 10, the requirements have increased significantly. In particular, a comparatively new processor is required. Important: According to Microsoft, anyone who wants to install and set up the home version of Windows 11 can only do so logged in with a Microsoft account. Without an account, it is officially only possible in the Pro version.

Can I check whether my computer meets the Microsoft criteria before attempting to install it?

Yes, there are test programs for this. Windows’ own, the “PC Health Check”, is currently still being revised. But you can also simply use the freeware “WhyNotWin11”, which shows very clearly if and why an update might not be possible.

What if my computer is not ready or I don’t want Windows 11 at all?

Then nothing happens at first. Windows 11 is not installed automatically. And you can continue to use Windows 10 as usual. But at some point, support for Windows 10 will also end, according to the current timetable in October 2025. Use beyond this point would become an incalculable risk, because Microsoft would then no longer supply security updates – at least not free of charge for private customers.

When will new devices with Windows 11 be available?

The very first Windows 11 computer you can buy, however, naturally comes from Microsoft itself: The new Surface tablet Go 3 (from 440 Euros) will be released on October 5, just like the new operating system. The Surface 8 Pro (from 1180 Euros) will follow in the same month.

And Microsoft has announced the flexible Surface Laptop Studio with Windows 11 for early 2022: Its 14.4-inch touchscreen is attached to a special hinge so that the device can be folded into a notebook, presentation and tablet mode.