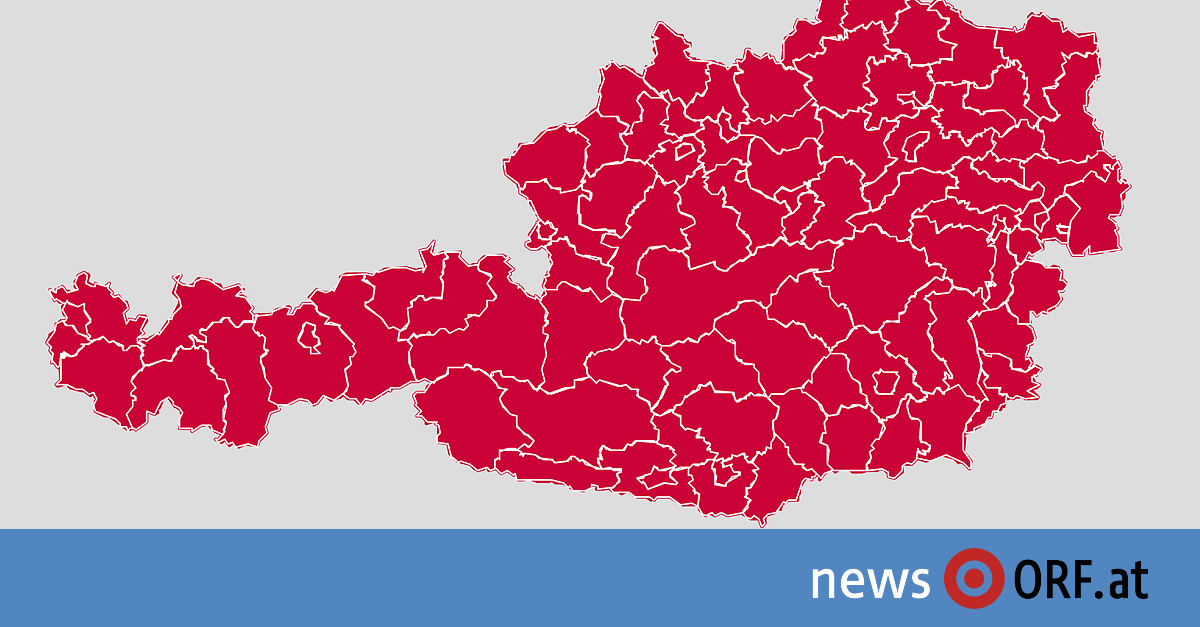 All of Austria is red on the Corona traffic light again. This means that there is a very high corona risk in the entire federal territory.
This is according to the working document of the responsible commission, which is available to APA. Last week, Vienna and Burgenland were still orange.

Vienna and Burgenland with best values
These two provinces still have the best values, the federal capital has the lowest value with the risk figure 114.7, which is relevant for the classification. Above 100, the red zone begins. The highest value is now in Tyrol with 581. In contrast, the raw and the risk-adjusted seven-day incidence are highest in Upper Austria.

Austria is red again on Corona traffic light
In the 14-day trend, the tendency is upward everywhere, most strongly in Vorarlberg. The figures for the over-65s are also going up everywhere. On a national average, the increase in this group is just under 52 percent.

Most Coronatests in Vienna and Salzburg
Due to the fall vacations, the number of tests was probably lower than it has been for a long time. The bandwidth is narrow this time, only in Tyrol was significantly less tested than in the other provinces. Vienna and Salzburg were the most diligent. This time 38 percent of the cases were clarified, by far the most in Vienna (61 percent). Asymptomatic cases accounted for 24 percent, with Vienna (48 percent), as usual, showing the highest rate.