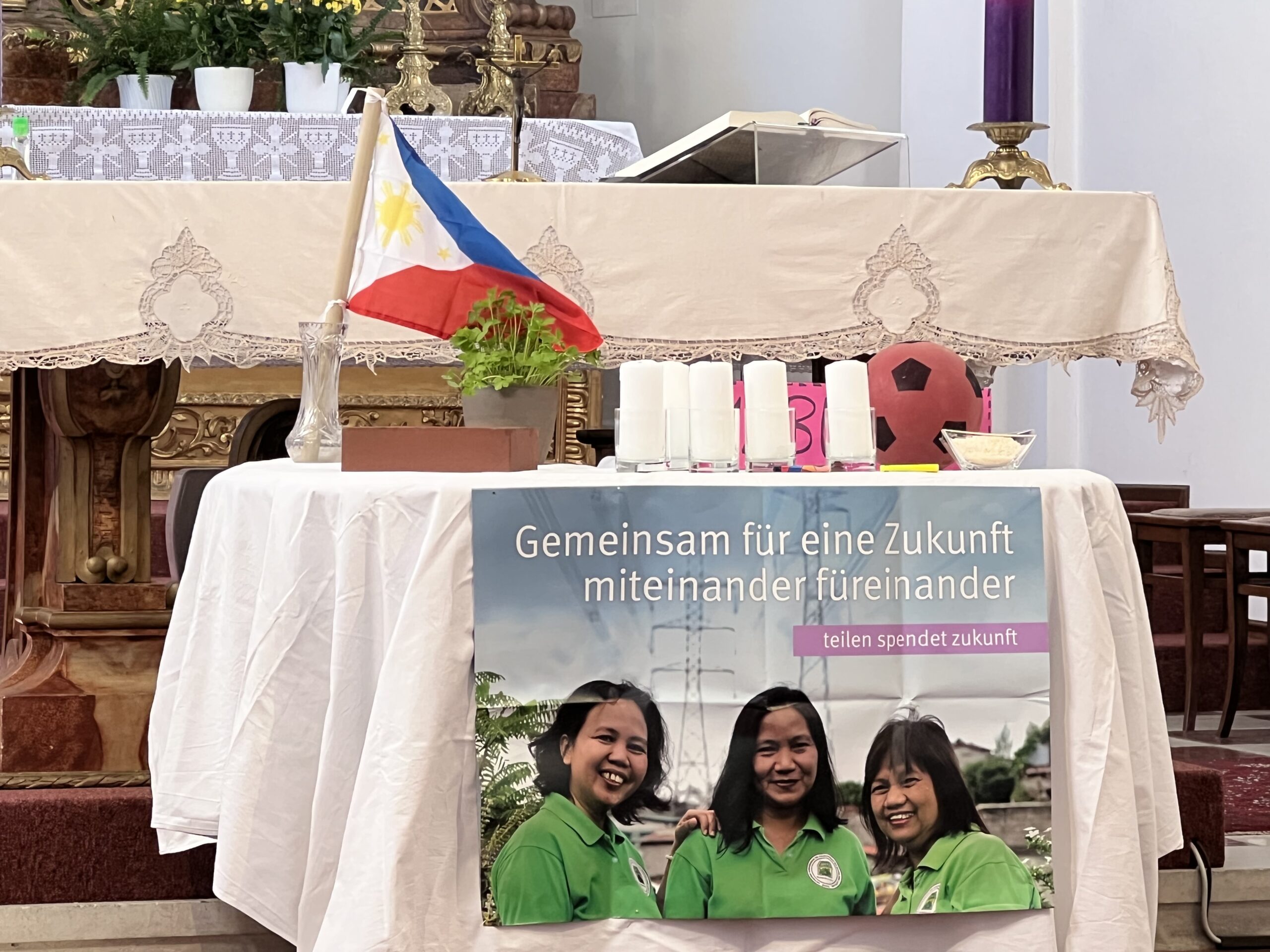 On Sunday, 13 March 2022, parishes invite people to eat soup together through Aktion Familienfasttag to support women in the Philippines with donations.

The benefit event “soup sunday” of the volunteer workers from the parish of Leopoldau in Vienna’s 21st District showed that doing good is a lot of fun and brings joy.

Aktion Familienfasttag is a development policy organization that helps to improve the living conditions of disadvantaged women in the Global South and, at the same time, raises awareness for development cooperation in Austria. It does this at different levels through education, public relations, project promotion, and project work. Its goals are to stand up for a just distribution of goods in this world, derived from the order of creation, contribute to protecting human rights and human dignity, and strengthen worldwide solidarity with women.

Today, 13 March 2022, the “Soup Sunday” campaign will occur throughout Austria. Usually, after Holy Mass, people are invited to eat soup together in the parish. The donations collected will benefit projects of the Family Fasting Day campaign.

To remain steadfast in times of crisis and even revive is the goal of the Lenten campaigns 2022 of the Catholic Church in Austria. They begin on Ash Wednesday, 2 March 2022. It’s about finding out what we can do better ourselves without living at the expense of our environment, fellow human beings, or future generations. The proceeds of the Family Fast Day go to the AKKMA campaign in the Philippines. This women’s and neighborhood initiative is committed to the holistic improvement of living conditions in C.F. Natividad, a poor district in Manila.

Project of the Catholic Women’s Movement

The Catholic Women’s Movement focuses on this year’s Family Fast Day campaign, particularly unpaid care work. The pandemic has clearly shown how much people worldwide and the economy depend on paid and unpaid care work. However, this work remains “mostly” invisible, underpaid, and “insufficiently valued, “said the kfbö. The partners from the Philippines from the women’s and neighborhood initiative “AKKMA” showed particularly impressively how good care for the community can function despite difficult living conditions.

Under the slogan “Caring for each other, “they wanted to draw attention to the situation of women and girls, who take on more than 12 billion hours of unpaid care work every day. “If these 12 billion hours were paid even at the minimum wage, this sector would be the largest economic sector of all,” said the kfbö. Especially in the countries of the Global South, due to poor infrastructure and the lack of social institutions, the workload of women and girls in care work is enormous, be it in the supervision of children or the care of the sick and those in need of care.

The “Family Fasting Day” is the development policy campaign of the kfbö, which every year during Lent appeals for donations for aid projects all over the world, among other things with charity soup dinners in the dioceses and parishes.