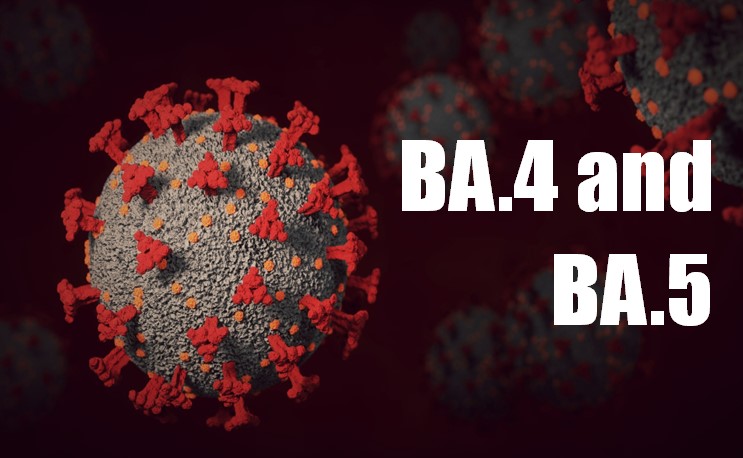 While hospitalizations due to coronavirus are declining again in Austria, the BA.4 and BA.5 subvariants have picked up speed in South Africa.

“The fifth wave has arrived. Watch out!” warned the Centre for Epidemic Response and Innovation (CERI) in Stellenbosch, South Africa, a few days ago.  Since mid-March, the numbers of new infections in the republic have again been rising exponentially, and in the meantime, the omicron subvariants BA.4 and BA.5 have completely displaced all other contenders.

“Summary of BA.4 & BA.5 in South Africa: 100 percent of infections,” virologist Tulio de Olivieiranow wrote on Twitter. The scientist not only heads CERI but also became known for detecting the beta and omicron variants.

South Africa has thus arrived at the fifth wave after the original variant, Beta, Delta, and Omikron BA.1 & BA.2. The very high positivity rate is particularly striking, although minimal testing occurs. And for a good two weeks now, the number of Covid 19 patients in hospitals have also been on the rise again: “The number of hospital admissions are increasing, but is currently still significantly lower than with earlier variants.” But the wave has only just begun; de Oliveira points out.

But why is the rise in cases now so exponential, despite the BA.1 wave? Christian Drosten, director of the Institute of Virology at the Charité in Berlin, believes the population’s immunity has declined after infections with the first two omicron variants.

But a specific immunity may still be present because his colleague in South Africa, Tulio de Oliveira, assumes that the mild course of the fourth wave and now probably also of the fifth wave is due to the high immunity of the South African population.

Both subvariants have now also been detected in Austria. The city of Vienna reported 24 cases of variant BA.4 and one detection of BA.5 as early as calendar week 16, between April 18 and 24, and individual cases were also identified in Styria and Salzburg. So far, the nationwide wastewater monitoring has not revealed any evidence of the virus variants.