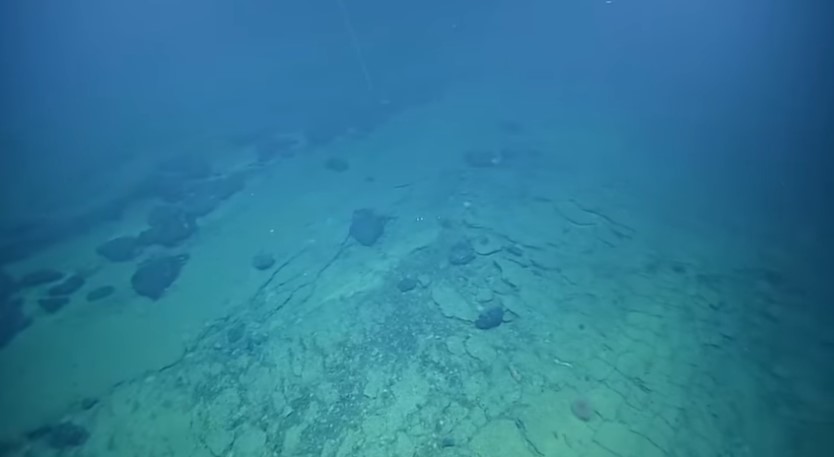 Is Atlantis real or not? Researchers in Hawaii are now providing evidence that the mystical island kingdom might exist. They‘ve made a fantastic discovery at the bottom of the Pacific Ocean.

Scientists have discovered a path that looks like a road.

Some think it is the fertile imagination of the Greek philosopher Plato. In his stories, he describes an island called Atlantis, which was destroyed by a natural disaster around 9600 BC and sank into the ocean’s depths. Others, however, firmly believe that this mystical island state existed and are happy about any evidence that confirms this.

The following message could be a found food: Researchers have now come across something peculiar at the bottom of the Pacific. The crew of the ship Nautilus wanted to investigate the area of the Lili’uokalani Ridge seamount in Hawaii. But then they discovered what looked like a road made of bricks on the seabed.

The researchers shared this mystery on YouTube. You can hear the men’s voices on the video as they marvel at their discovery. “Surely this is the road to Atlantis!” says one of the researchers. “The yellow brick road?” another inquires. And a third says in amazement, “That’s bizarre. Are you guys kidding me? That’s crazy!”

This is what’s behind it.

At this point, we have to admit that this find does look a lot like a road. And there are probably very few reasons why a road could end up at the bottom of the Pacific Ocean. But at the same time, the researchers have come up with a thesis that logically explains this phenomenon because this is an ancient formation of volcanic rock.

And why does this rock look suspiciously like a road? The scientists also have an explanation for this because the “heat and cooling stress” that several volcanic eruptions bring with them has led to this bizarre form of volcanic rock.