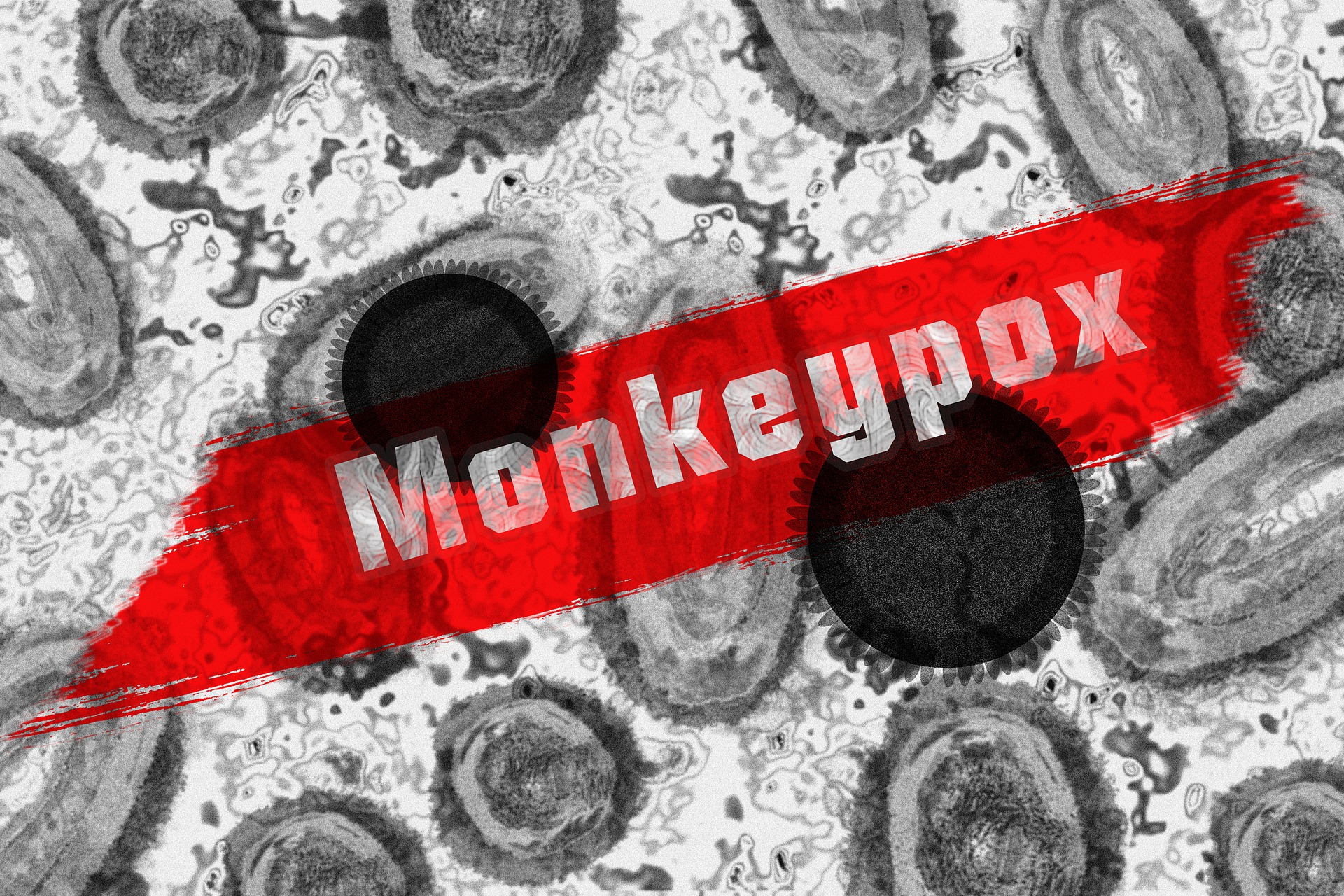 The World Health Organization (WHO) declared a global health emergency Saturday because of monkeypox. An overview of critical issues surrounding the disease.

What is monkeypox?
Monkeypox is an infectious disease transmitted initially primarily by viruses from animals to humans. In Africa, monkeypox has been found in many different animals, most notably rodents and several species of monkeys. The viruses can also be passed from person to person.

In 1970, monkeypox was first detected in humans in Zaire, now the Democratic Republic of Congo, a region where smallpox had been eradicated two years earlier. In spring 2003, the first cases were reported outside Africa, in the United States. Since May, they have been spreading to other countries, especially in Western Europe.

What symptoms can occur?
Symptoms are similar to those of smallpox. They include fever, headache, muscle pain, chills, and swollen lymph nodes. Sometimes very painful skin lesions develop in the form of spots and blemishes that crust over and fall off over time.

The rash occurs mainly on the face, palms, and soles of the feet. However, skin and mucosal changes on the mouth, genitals, and eyes are also possible. The skin lesions usually last between two and four weeks and heal independently without treatment.

How is monkeypox transmitted?
Humans can become infected with the virus through contact with sick animals’ blood and other body fluids. Transmission from person to person is only possible through close contact. In this case, the virus is transmitted through droplet infection, wounds, blister contents, and scabs on the skin or body fluids such as saliva. According to one study, 95 percent of current monkeypox cases are due to sexual contact. Pregnant women who have contracted monkeypox can pass the virus to their unborn child. Infection of the baby is also possible at birth.

How dangerous is monkeypox?
Usually, symptoms last two to four weeks. Infected people can infect others as long as they have symptoms. Unlike human smallpox, which has been eradicated since 1980, monkeypox is usually much milder. Most people recover within several weeks.

However, severe courses can occur in some affected individuals. In particular, newborns, children, pregnant women, the elderly, and people with immune deficiencies can become severely ill. Possible complications include skin infections, pneumonia, confusion, and eye infections that can lead to vision loss. The amount of viruses a patient has been exposed to also plays a role in the course of the disease.

The procurement of vaccines against monkeypox is carried out in a collaborative process at the European level, organized through the health agency HERA. On Tuesday, the first shipment of 2,340 doses of the vaccine arrived in Austria. Another enormous load of the Imvanex or Jynneos vaccines is expected in the coming weeks, the Health Ministry reported.

The National Vaccination Panel currently recommends vaccination only for certain risk groups. Available doses are used as postexposure prophylaxis after contact with an ill person for specialized laboratory personnel and health care workers at high risk of exposure. Depending on availability, individuals with individual risk behaviors may be subsequently offered vaccination. Risk behavior occurs when individuals have frequently changing sexual contact. In Austria, monkeypox currently affects men with same-sex partners in particular.