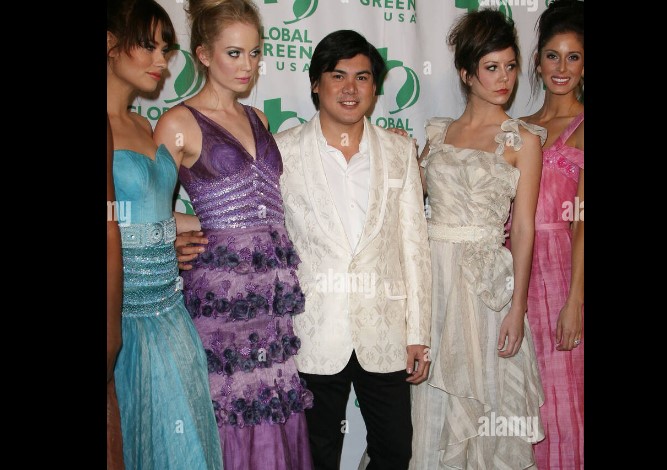 MuseumsQuartier (MQ) Vienna Fashion Week extends an invitation to red carpet couturier and celebrity go-to for everything luxurious and elegant, Oliver Tolentino, to present at its upcoming installment in Vienna, Austria. He will be the first Filipino designer to participate in the said event.

The opening presentation of MQVFW.22 will be headlined by a prominent Austrian stylist who will present one outfit from each participating designer, including Tolentino.

Tolentino will present a 30-piece fall/winter collection in season on the evening of September 14, 2022.

Tolentino began his career in Manila and gained great popularity in his native Philippines through hard work and determination. In 2009, he became the first couture designer to expand to the United States, eventually opening a store in Beverly Hills. The designer’s couture skills were immediately noticed, and he was honored as a finalist in the 2010 OSCARS® Designer Challenge. During its biggest television gala, Philippine television station ABS-CBN honored him as a Samsung MetroWear Icon.

Tolentino excels in all fabrics but often specializes in eco-friendly materials, which earned him the title of “Featured Designer” by eco-ethical company Rags2Riches in 2011, the first “Featured Eco Designer” at Global Green’s 2012 Pre-Oscars Party, and the winner of the 2010 Sustainable Eco-Fashion Award in the Bahamas. Using indigenous fabrics such as piña (material derived from pineapple leaves), Tolentino has become a promoter of his home country’s weavers and embroiderers on the international stage.

Tolentino, who is based in Beverly Hills, California, and has dressed almost a hundred Hollywood celebrities, will be the first Filipino designer to present a collection at VIENNA FASHfashion capitals, the European capital of fashion famous for hosting over 400 official balls during its social season.

Tolentino is known to dress the who’s who of Hollywood, such as celebrities Jessica Alba, Emmy Rossum, Carrie Underwood, Fergie, Mel B, Minnie Driver, and Carrie Fisher, to name a few. In the past, his designs have been showcased alongside those of Anthony Franco, Gilbert Chagoury, Kevan Hall, Candace Held, Lloyd Klein, Eduardo Lucero, and Trina Turk.

Tolentino expressed his gratitude for being part of the MQ Vienna Fashion Week.22 (MQVFW.22), saying, “It’s a tremendous honor to be invited to present in Vienna and to be hosted in such a historically amazing city with a rich history of fashion and with so many attending fashionistas.”

The 14th edition of MQ Vienna Fashion Week will take place from September 12 to 17 at the new fashion tent in front of the MQ.