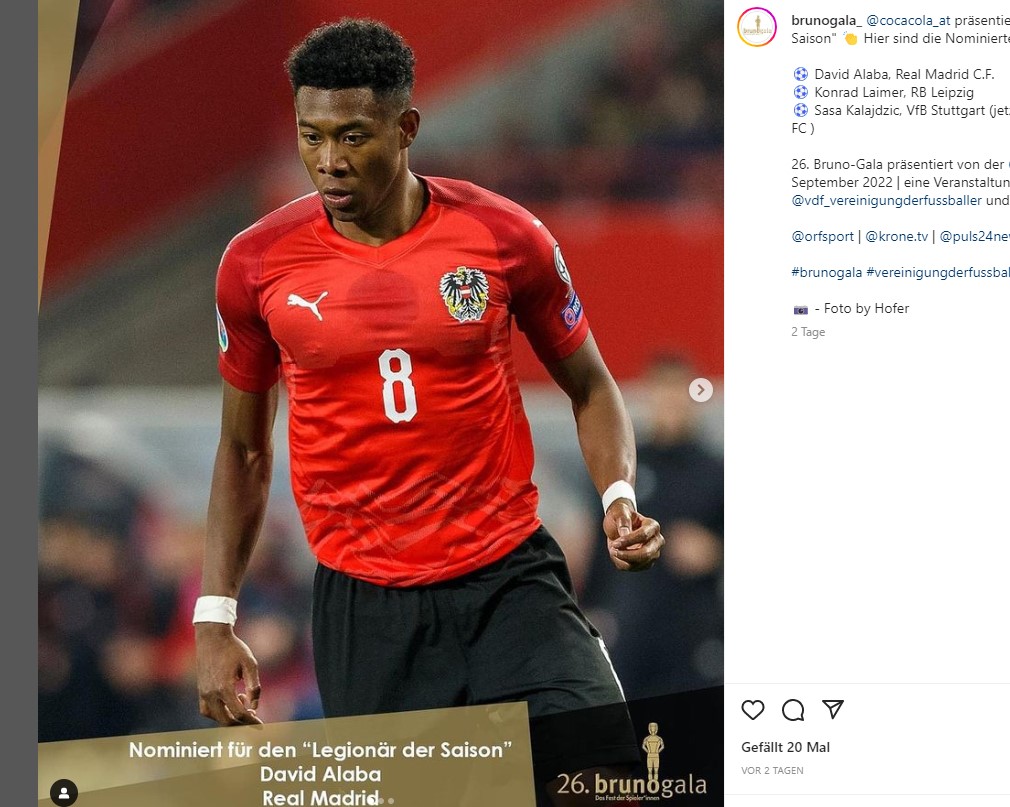 Soccer champion Red Bull Salzburg in the men’s and women’s runner-up Sturm Graz have cleared the trophies at the 26th Bruno Gala on Monday evening in Vienna.

Jantscher, who won his second Bruno, was pleased. “It’s always special when you receive an award. I also won 10 years ago; it makes me happy to win something even as an old player.” For Salzburg coach Jaissle, the award has a “tremendous meaning.” “It’s a huge honor; I’m accepting this one on behalf of the team; they’re doing an outstanding job.”

David Alaba Legionnaire of the Season for the sixth time
For the sixth time, David Alaba, Spanish champion and Champions League winner with Real Madrid, was voted the best legionnaire. “Thank you for the award; it will certainly get a nice place in my home,” said the now 30-year-old Alaba on Monday evening at the ceremony in Vienna. On his first Bruno in connection with Real, he said, “I feel comfortable there by now, and we have also started the season very well now. The teammates make it very easy for me to contribute there well.”