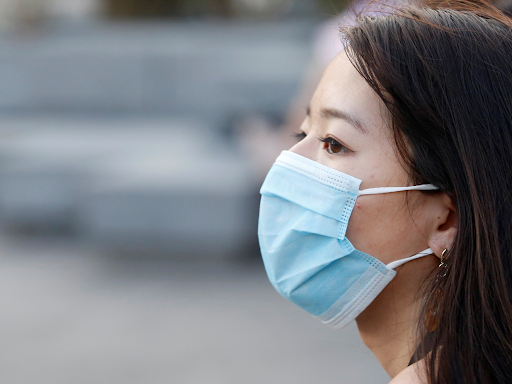 FFP2 masks obligation in long-distance trains and buses, lifting the rules in airplanes and Co.: On Saturday, new Corona regulations came into force in Germany. Karl Lauterbach (SPD) expressed his satisfaction with the new Infection Protection Act. However, the health minister warned against Corona variants, with which even recently infected people could become infected again. The Robert Koch Institute (RKI) has recorded a significant increase in infections.

An OP mask was previously sufficient on long-distance trains operated by Deutsche Bahn; an FFP2 mask was only recommended. According to a spokeswoman, a medical mask was also enough for Flixbus until now. In regional transport, the 16 German states now decide for themselves on protective measures. However, their health ministers had spoken out for holding on to the valid mask obligation in buses and courses. In airplanes, however, the mask will no longer be required.

Nationwide, FFP2 masks must also be worn in clinics, nursing homes, doctor’s offices, and other healthcare facilities. A negative test is also required when entering nursing homes and hospitals. Employees must be tested several times a week.

The federal and state governments agreed on the new regulations via a further amendment to the Infection Protection Act – otherwise, the remaining Corona rules would have expired in September. The law also stipulates that the federal states can impose even stricter measures, such as mandatory masks in stores and restaurants or tests in schools and kindergartens.

The states can also impose other requirements, such as limits on the number of visitors to events, distance requirements in public areas, or masks that must be worn outside if distances are impossible. However, a state parliament resolution must first determine that there is a concrete threat to the health care system or other important areas of care.

Lauterbach, on the other hand, expressed satisfaction with the new requirements. “Ninety-five percent of the measures I wanted have been adopted,” he told the Frankfurter Allgemeine Sonntagszeitung. He said he had wanted to keep the mask requirement on airplanes but had not given up the wish without a quid pro quo. “We now have a strict mask obligation in clinics and doctors’ offices for this. It’s worth more because many more people are in doctors’ offices or waiting rooms than on planes.”

In the fall, Lauterbach said he could rule out a “killer variant” of the virus. The bad news, he said, is that there are now variants in which immune escape is very pronounced.