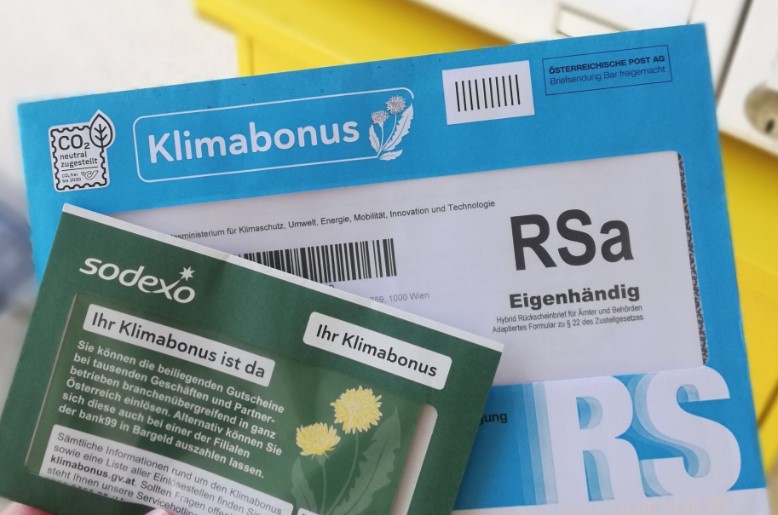 The only requirement is that you must have been registered in Austria for at least six months – regardless of citizenship or age. Curious: This means that people who die after the cut-off date of July 22, 2022, are also eligible. The climate bonus then passes into the estate.

Why is that? For one thing, it’s simply because the payment process has not yet been completed.

There are technical limits to the administrative act of force. Payment has been in progress since the beginning of September, but more than 300,000 transfers and 60,000 vouchers per day cannot be processed.

However, it is also essential that the authorities have the correct or most up-to-date data.

Up-to-date reporting data
For example, data from the Central Register of Residents are used to send out vouchers. The deadline for this is July 3 – anyone who has moved (or forgotten to re-register) after this date could still come away empty-handed for the time being. The Climate Ministry will receive the vouchers back in the event of non-reachability with the note “unknown moved.

Current account data
If account data was entered incorrectly in FinanzOnline, it is also a case of waiting. According to the Climate Ministry, those affected may not receive their money until the beginning of next year.

In both cases, one calms on the side of the climate ministry, however. “All, which have a requirement on it, will get the climate bonus also. Suppose the residence in the population register in individual cases no longer corresponds to the place of residence at the time of delivery. In that case, we will also find a solution here,” it says to the Kleine Zeitung.

The question remains as to who will receive a voucher – and for whom the climate bonus should land directly in the account in the next two weeks.

Long queues
After all, the voucher issued by Sodexo must first be laboriously redeemed in a post office branch – or more precisely: in a branch of bank99, which belongs to the post office – if you want the 500 euros in cash. That led in the past days again and again to more extended waiting periods; individual post office branches are to have run out in the meantime, even the cash.

A list of stores that accept the voucher can be found on the Climate Ministry’s dedicated website.

Intended is the voucher only for those who do not have an active account with FinanzOnline. As a rule, this should be for all who do their annual tax settlement via FinanzOnline.

Nevertheless, according to ORF.at, in the past few days and weeks, it has repeatedly happened that people with an active FinanzOnline account have received a letter instead of a transfer. The Ministry of Climate Protection can only explain this by not having up-to-date account data. The deadline for this is July 22 – if the account data on FinanzOnline were not up to date, the climate bonus would be sent by post this year as a voucher.

This deadline also explains why the climate bonus was paid out to people who had died. In some cases, If someone dies after this date but has not yet been deleted from the population register, the climate bonus will still be transferred.

A question of accessibility
If the climate bonus comes by voucher, then in a registered RSa letter. In principle, this letter may only be accepted by the recipients themself- and is otherwise deposited at a post office for collection.

Anyone who wants to pick up the letter from the post office on behalf of someone else needs a postal power of attorney or a notarial power of attorney. It would help if you did not take too long to pick up the letter, as registered letters only remain at the post office for three weeks. If they are not picked up during this time, they are returned to the sender – in this case, the Ministry of Climate Protection.

Those affected should contact the service hotline to find out how to get the climate bonus in such a case.