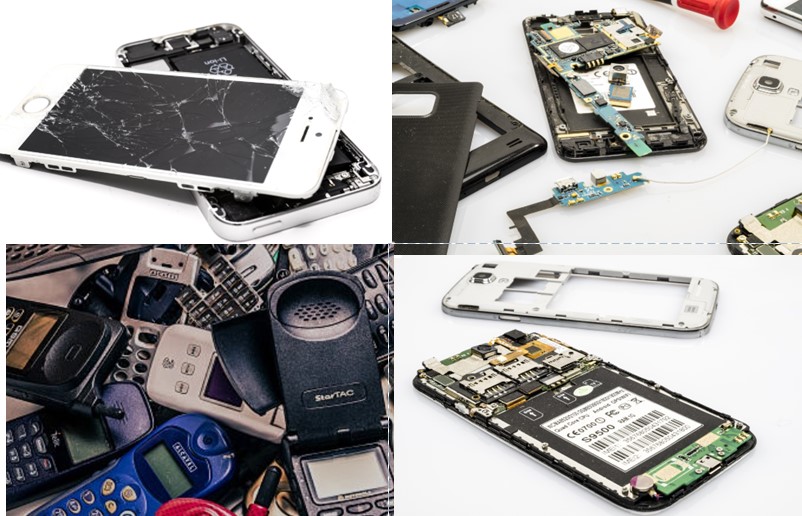 Of the approximately 16 billion cell phones worldwide, it is estimated that about 5.3 billion will become waste this year. Experts point this out on the occasion of e-waste day on October 14. Only a small part of it is disposed of properly, the e-waste recycling association WEEE Forum in Brussels and the United Nations Institute for Training and Research (UNITAR) in Geneva announced Thursday. According to the report, if the discarded devices, which are about 9 millimeters thick, were all placed on top of each other, the tower would be about 50,000 kilometers high.

In European households, an average of 13 electrical and electronic devices are hoarded, even though they are no longer used or are defective, according to a survey conducted by the WEEE Forum in cooperation with UNITAR. Eight thousand seven hundred seventy-five households in Portugal, the Netherlands, Italy, Romania, Slovenia, and Great Britain were included. According to the survey, there are an average of 74 electrical and electronic devices in each household, including phones, tablets, laptops, power tools, hair dryers, and toasters.

New uses in the future
Of these 74 devices, on average, nine are no longer used, and four are defective. These 13 small electrical appliances per household could be recycled – instead, they often remain in the drawer, on the shelf, or in the garage, it said. According to the survey, the most frequently hoarded items are slight consumer electronics and accessories (headphones, remote controls), small household appliances (clocks, irons,) small IT devices (external hard drives, routers, keyboards, mice), cell phones and smartphones, and small appliances for food preparation (toasters, grills).

As a reason for keeping it, 46 percent of the participants in the survey stated that they could find a use for the device again in the future. Other reasons included the intention to sell or give the appliance away (15 percent), sentimental value (13 percent), and not knowing how to dispose of it (7 percent). Reasons also included having sensitive data on the devices and having no incentive to recycle. “People tend not to realize that all these seemingly insignificant items have great value and together represent huge amounts on a global scale,” said Pascal Leroy, director general of the WEEE Forum.

“No matter how small, recycling is a must!”
“In 2022 alone, small electrical items such as cell phones, electric toothbrushes, toasters, and cameras produced worldwide are estimated to weigh 24.5 million tons – four times the weight of the Great Pyramid of Giza,” said Magdalena Charytanowicz of the WEEE Forum. The international association is driving the development of a circular economy for e-waste and is calling on global policymakers to implement extended producer responsibility. Under this legal requirement, the manufacturer of an appliance is also responsible for taking it back, transporting it, and disposing of or recycling it.

E-waste Day aims to raise public awareness of recycling electrical and electronic equipment that contains valuable elements such as gold, copper, silver, or palladium. The motto this year is “Recycle it all, no matter how small!” (loosely translated: “No matter how small, recycling is a must!”). The organizers* want to focus on the many smaller electrical appliances in European households.

“The continued growth in production, consumption, and disposal of electronic devices has huge environmental and climate impacts,” said Virginijus Sinkevičius, European Commissioner for Environment and Oceans. He said that the European Commission’s proposals and actions address the entire product life cycle, from design to collection and proper treatment of waste.