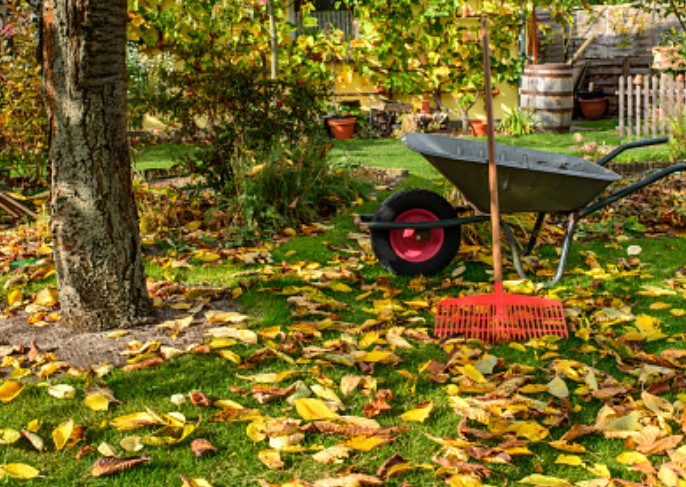 In late fall, many amateur gardeners put their kingdom into hibernation. These five tips from experts can help.

The best days in the garden are over, you might think. But for amateur gardeners who like to tackle, dig and work with pruning shears, now is a good time: the garden needs their care and protection. To do:

Summer and frost-sensitive bulbous and tuberous flowers, such as the dahlia, belong in winter storage from about three degrees. Dig up the bulbs and tubers, roughly free them from the soil, and cut the stems to five centimeters. Then the flowers can survive the winter in a container with slightly damp sand in a frost-free place.

Over the spring and summer, hedges should only be trimmed into shape, not removed, renewed, or severely cut back. This is to protect breeding birds and other wildlife that use the hedges.

As of October 1, however, this is again permitted under the Federal Nature Conservation Act. However, if you still want to do something good for hedgehogs, wrens, and co., pile up the hedge trimmings, brushwood, and other dead wood in the corner of the garden as a place to hibernate.

Opinions differ on this tip: Many like to clean up the garden in the fall and, therefore, also cut back the faded and sometimes already brown perennials. Conservationists, on the other hand, advise not to do this.

Thus Melanie Konrad of the nature protection federation Germany (NABU) recommends leaving the garden in the autumn even as far as possible in peace. And significantly not to cut back perennials before spring because insects and their eggs overwinter on and in the plants.

What do gardeners say? Perennials do not need to be cut back; they will sprout again in spring anyway, says Almut Eilers from the Garden Academy of the Lower Saxony Chamber of Agriculture.

She advises removing the above-ground parts in only three cases: First, it is worth pruning for some perennials such as delphinium, lady’s mantle, and sage directly after the respective flowering is still in (late) summer to promote a second flowering. Second, complete pruning is beneficial when plants are heavily infested with aphids or fungi.

And third, pruning prevents the unwanted heavy spreading of perennials by their seeds. But NABU expert Melanie Konrad has an alternative tip: “To prevent strongly proliferating perennials like columbine from spreading too much, it’s enough to cut out only the seed heads.”

If you still want to cut off plants that turn brown in the fall for aesthetic reasons, Almut Eilers advises doing so only with flowering perennials. Evergreen leafy perennials and grasses are so-called structure providers for the garden even in winter – and also a beautiful sight—especially since they are covered with hoarfrost.

Moreover, with their still dense structures, they, in particular, provide shelter and food for many animals. Almut Eilers recommends leaving yarrow, fireweed, stonecrop, and scented nettle.

Falling leaves must be removed from some places in the garden: Especially from lawns, as grass can rot underneath. Evergreen perennials can also suffer from too thick a layer of leaves.

But otherwise, it’s worth leaving leaves on beds and under hedges or deliberately moving them there. “Leaves are naturally there to cover the soil. They protect the subsoil from erosion,” says NABU expert Melanie Konrad. And they enter protection for sensitive plants and material full of essential nutrients that serve as food for many animals and contribute to the humus formation of the soil.

Potted plants that are not hardy need frost protection. However, it would help if you did not put them in the heated living room but only in a cool place. Those who do not have a frost-free greenhouse or cool conservatory can resort to a garage or cellar. Who can not offer that? They should protect the plants with fleece and brushwood.