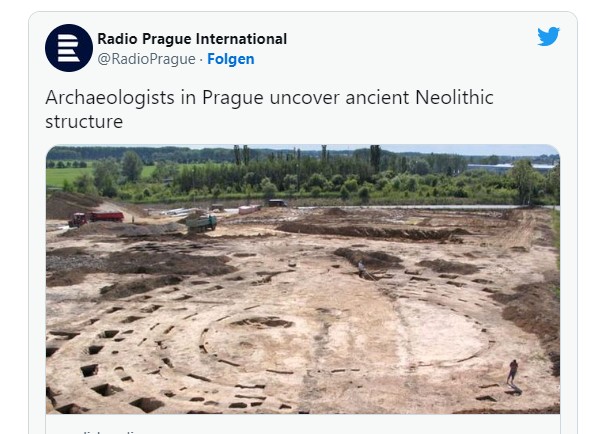 Archaeologists discovered something estimated to be 7,000 years old. So it’s even older than the pyramids and Stonehenge!

Every day there are discoveries, and we keep finding evidence of life before our generation. Now another discovery has come to light. Researchers in Prague have come across a massive round structure called a rondel, which is fascinating.

Massive round architecture
Although construction workers have uncovered the site since the 1980s, scientists have only recently excavated the entire 55 meters (180 feet) of the structure. Live Science reports that the system is a so-called roundel 7,000 years old, making it even older than the mysterious Stonehenge and the pyramids.

The exact purpose of this late Neolithic monument remains unclear, but archaeologists suspect that a group of local farmers may have inhabited the area. Jaroslav Řídký of the Institute of Archaeology of the Czech Academy of Sciences tells Artnet that Rondels are the oldest evidence of European architecture.

Not much is known about the people who built this rondel. Researchers suggest that they would have lived from about 4900 BC to 4400 BC and belonged to the Stichbandkeramik culture. Miroslav Kraus, who is overseeing the excavation, said:

It could have been an economic center, a center of trade. It could also have been a religious cult center, where rites of passage or rituals related to the season were performed.