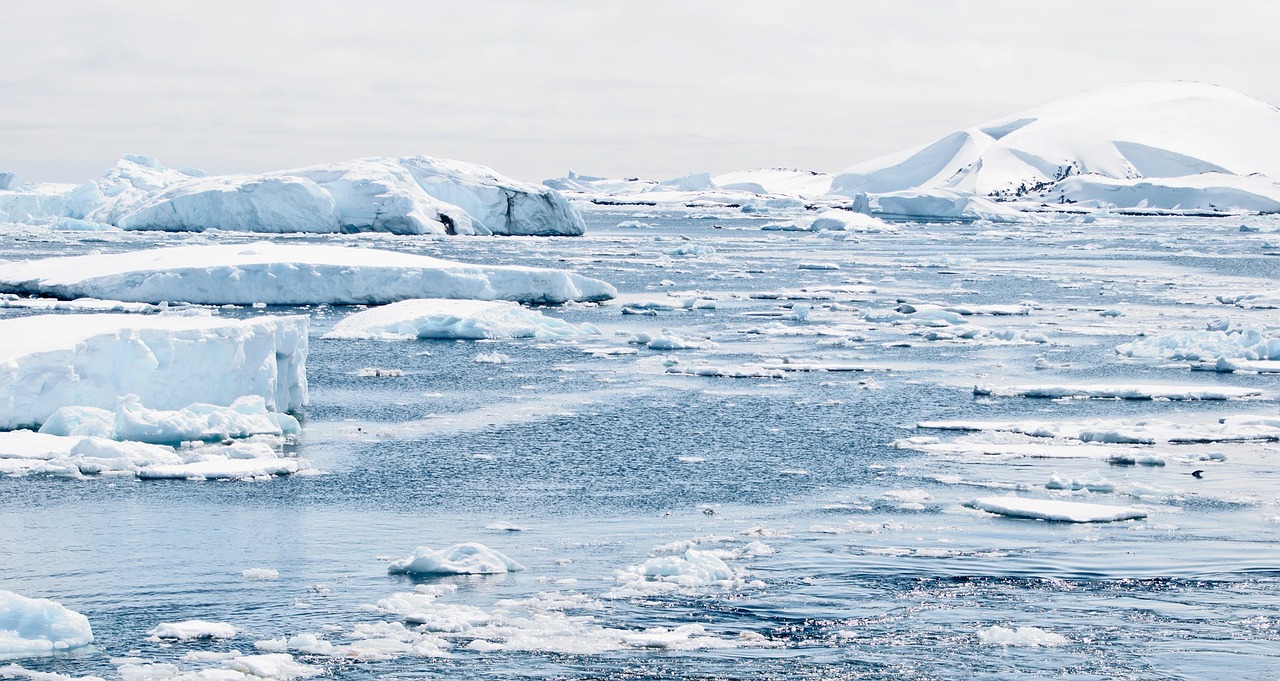 According to a recent study, the Arctic is now similarly littered with plastic as densely populated regions. High concentrations of microplastics are found in the water, in rivers, on the seafloor, on uninhabited beaches, and even in ice and snow, report researchers at the Alfred Wegener Institute (AWI) in Bremerhaven. This has consequences for the living creatures there, but possibly also for the climate.

The Arctic is perceived as a largely untouched wilderness – but that no longer corresponds to reality, says AWI biologist Melanie Bergmann, co-author of the analysis published in the journal Nature Reviews Earth & Environment.

Not only is climate change hitting particularly hard in northern latitudes, she said, but the plastic tide has long since reached the Arctic Ocean. “Our study shows that plastic pollution levels in the Arctic are already similar to those in other regions of the world,” the researchers report.

The AWI team and researchers from Norway, Canada, and the Netherlands evaluated and summarized studies on plastic pollution in the Arctic region. Some 19 to 23 million tons of plastic waste end up in the world’s waters each year, equivalent to nearly two truckloads per minute, according to the AWI.

Plastic production to double by 2045
Because plastic is remarkably stable, it accumulates in the oceans and breaks down into smaller and smaller pieces over time. And the flood of waste is likely to intensify, the researchers said. By 2045, global production of plastic is expected to double, experts, fear.

Much of the plastic waste in the European part of the Arctic comes from fishing, according to the review study: nets and ropes are deliberately dumped in the sea or lost. Garbage enters the ocean from Arctic settlements but also comes from far away.

Ocean currents bring plastic to the Arctic.
Ocean currents from the Atlantic and the North Sea, particularly from the North Pacific via the Bering Strait, contribute to the influx. Rivers also carry plastic, including from Siberia. Air moves tiny microplastics northward.

Bergmann explains that there have been few studies on the effects of the plastic flood on Arctic marine organisms in particular. But there is much to suggest that the consequences are as severe as in regions that have been better studied. For example, he said, ingested microplastics probably also lead to reduced growth and reproduction, physiological stress, and inflammatory reactions in the tissues of marine animals in the Arctic.
Microplastics alter the properties of snow and ice.
Aside from the adverse effects of plastic on marine organisms, it could also promote climate change. “There is an urgent need for research here,” says Bergmann. “Because initial studies provide circumstantial evidence that trapped microplastics change the properties of sea ice and snow.”

According to the study, dark particles in the ice could cause it to absorb more sunlight and thus melt faster. That, in turn, exacerbates global warming, he said. In addition, plastic particles in the atmosphere formed condensation nuclei for clouds and rain; they could thus influence the weather and, in the long term, the climate. “The flood of plastics is hitting ecosystems that are already under extreme strain,” Bergmann emphasizes. The Arctic is heating up three times faster than the rest of the world due to climate change.