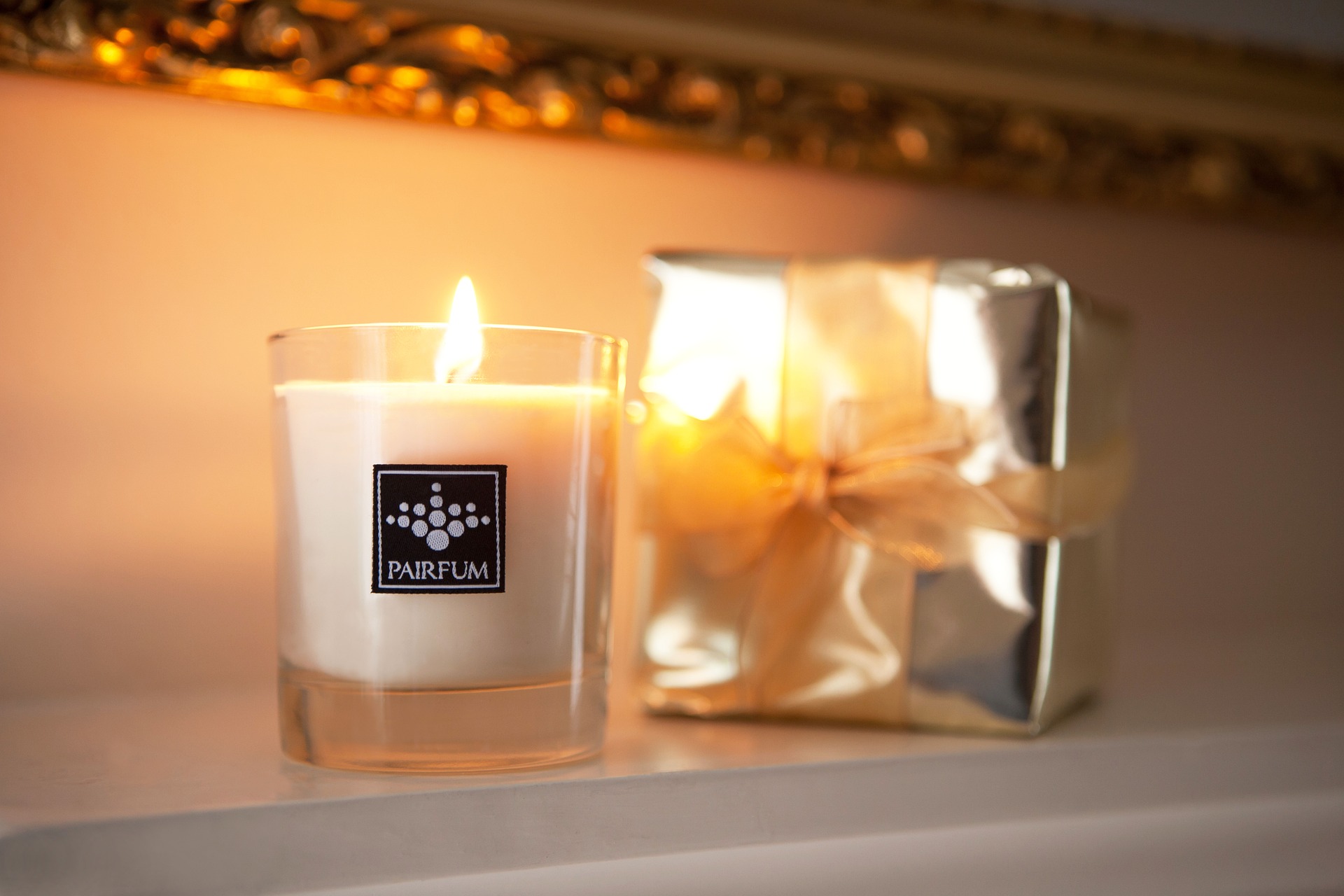 They give the room a great scent and a pleasant mood. However, scented candles can release substances of concern.

The cozy season has begun! That means out with the scented candles, in with the cozy blanket, and drinking lots and lots of tea. Scented candles and room fragrances exude lovely notes of vanilla, orange, or cinnamon throughout the room. Unfortunately, what is good for your well-being can harm your health. Researchers have found that candles release questionable substances and can thus lead to headaches, dizziness, and other complaints.

Surprising warnings
There are some warnings on candle labels. For example, you should not put them by the window to avoid drafts. That’s understandable, but it advises against blowing out the candle.

This is the right way to do it: Ideally, the flame should be smothered or squeezed out with a candle or wick extinguisher to avoid the smoke formation and an unnecessarily long glowing of the candle wick.

Source of danger soot particles and fine dust
The Danish Ministry of the Environment commissioned a study on emissions from candles. The result: Candles would emit any amount of fine dust into the air, i.e., in our living rooms. Particularly frightening: If the candle soots, even 30 to 70 times more fine dust particles can be emitted.

If the flame is calmer, more substances come out of the candle wick. These are primarily water-soluble salts absorbed by our lungs and are usually removed relatively well, according to toxicologist Heidi Brueckmann from the Ministry of the Environment in Denmark in an interview with SWR Marktcheck. Soot particles, on the other hand, would remain in the lungs.

Can scented candles be harmful?
According to a study, a high concentration of fine particles in the lungs can lead to inflammation and slight negative changes in lung function. Adverse effects on the cardiovascular system can also be associated with (scented) candles. Especially for people with sensitive lungs, who suffer from asthma, for example, this is a source of danger.

Carcinogenic substances and numerous allergens
But it is not only the soot that can hurt health; the substances in the candle wax also pose a danger. For example, many scented candles contain the substance limonene. This colorless liquid is made of carbon and hydrogen with a lemon-like odor. In itself a natural substance that occurs in many plants.

Sounds harmless at first glance, but according to a “Focus” report, researchers have discovered that limonene reacts with natural ozone in the air. As a result, the chemical formaldehyde is formed, known to irritate mucous membranes and even cause cancer in the nasopharynx. According to the Federal Institute for Risk Assessment, the carcinogenic effect has been sufficiently proven. In addition, formaldehyde can cause coughing, nosebleeds, and dry, itchy eyes.

Other fragrances such as citral, farnesol, and linalool are also problematic, as they can cause allergic reactions such as itchy skin, rashes, or headaches.

People who are allergic to essential oils and prone to headaches are best off avoiding scented candles and room fragrances altogether. Environmentally friendly and safer alternatives to the traditional candle raw material kerosene, which is obtained from petroleum, are, for example, candles based on beeswax, rapeseed wax, or soy wax.

If you don’t have any fragrance allergies, you can light a scented candle now and then. The only important thing is not to expose the candle to drafts, to smother the flame rather than blow it out, and then to air it for at least five minutes. By the way, houseplants can also help to absorb hazardous substances.