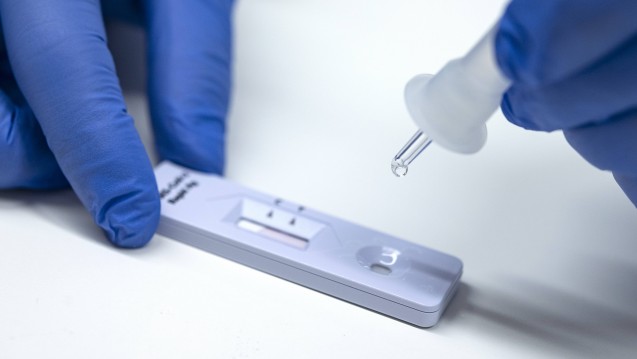 From March 1, free CoV self-tests for home use – the so-called living room tests – will be available in pharmacies. One week after the lockdown was relaxed, record numbers of testing have been achieved, not least because of the now partly mandatory “entrance tests”: in the past seven days alone, 1,522,739 antigen and PCR tests have been carried out, plus schools, APA reports.

Up to five of the “living room tests” will be available per person per month starting in March. However, they will not serve as “entry tests”, but are intended solely for self-monitoring. With the free tests for at home, the government is implementing a demand made a long time ago by SPÖ leader Pamela Rendi-Wagner.

“We are among the countries that test the most in all of Europe. With the school tests, we are the first in Europe,” said Chancellor Sebastian Kurz (ÖVP). Up to three and a half million tests are expected this week, he said, up to 2.2 million in nasal vestibule tests alone in schools, where “nose-picking” now starts across the board in the western provinces and Burgenland at the end of the semester break.

Testing in companies starts
Currently, people can be tested for Corona infection at more than 500 testing stations in the provinces and municipalities. In addition, more than 800 pharmacies now offer free antigen tests, and 730 companies with 351,568 employees are taking part in the sponsored testing campaign in companies, which is just getting underway.

“Now, in addition, we will also offer free living room testing, so it will be easy to play it safe at home,” Kurz opined. Intensive testing is the key to the best possible control of infection events, he said. “Testing is currently our most important breakwater against a massive increase in infections due to the first cautious opening steps,” said Health Minister Rudolf Anschober (Greens).

The antigen tests are only a snapshot, hence their legally limited validity to 48 hours. Experts see it primarily as an opportunity to detect more asymptomatic sufferers.