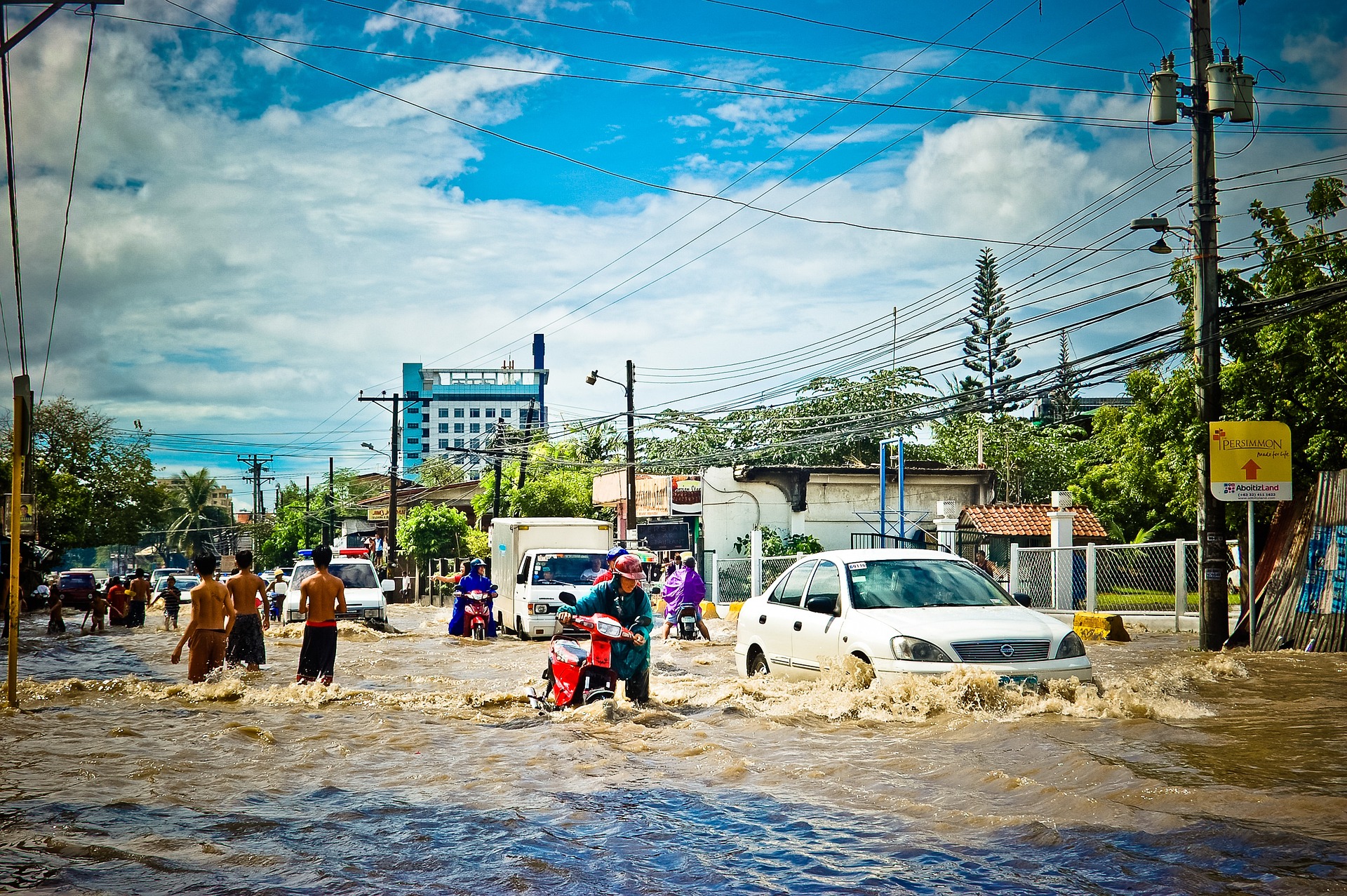 Since the end of last week, a storm has been ravaging large parts of the Philippines. Nine hundred thousand people had to leave their homes; dozens are still missing. Authorities fear even more deaths.
Tropical Storm Nalgae in the Philippines has left nearly a hundred people dead – and authorities fear more victims will still come. As of Monday, 98 people had died, and 63 were missing, the Southeast Asian island nation’s disaster management agency said. That figure, however, does not include dozens of residents of one village who probably fled the storm in the wrong direction and were caught in a mudslide. They are also missing.

The report added that nearly 70 people were injured in the floods and landslides. More than 900,000 affected people had to leave their homes, with 200,000 of them currently housed in evacuation centers, it said. In total, nearly two million people were affected by the storm, it said. The Philippines has a population of 111 million.

The storms initially wreaked havoc in the southern Philippines late last week. In the province of Maguindanao, more than a hundred houses were buried by masses of earth. “Nalgene” then moved towards the northwest. The Western Visayas region and the provinces of Cavite, Laguna, and Batangas, south of the capital Manila, were particularly affected.

President: “We should have handled it better.”
The weather service said that the storm, named “Paeng” in the Philippines, was expected to leave the country Monday afternoon (local time) and move toward southern China. It traveled with winds of 85 kilometers per hour and gusts of up to 105 kilometers per hour.

The Philippines is regularly hit by storms, with about 20 typhoons and other storms reaching the island nation each year. The president of the Philippines, Ferdinand Marcos junior, had already said on Saturday: “We should have handled it better.” The amount of rain had been underestimated, and it was impossible to evacuate people in time.