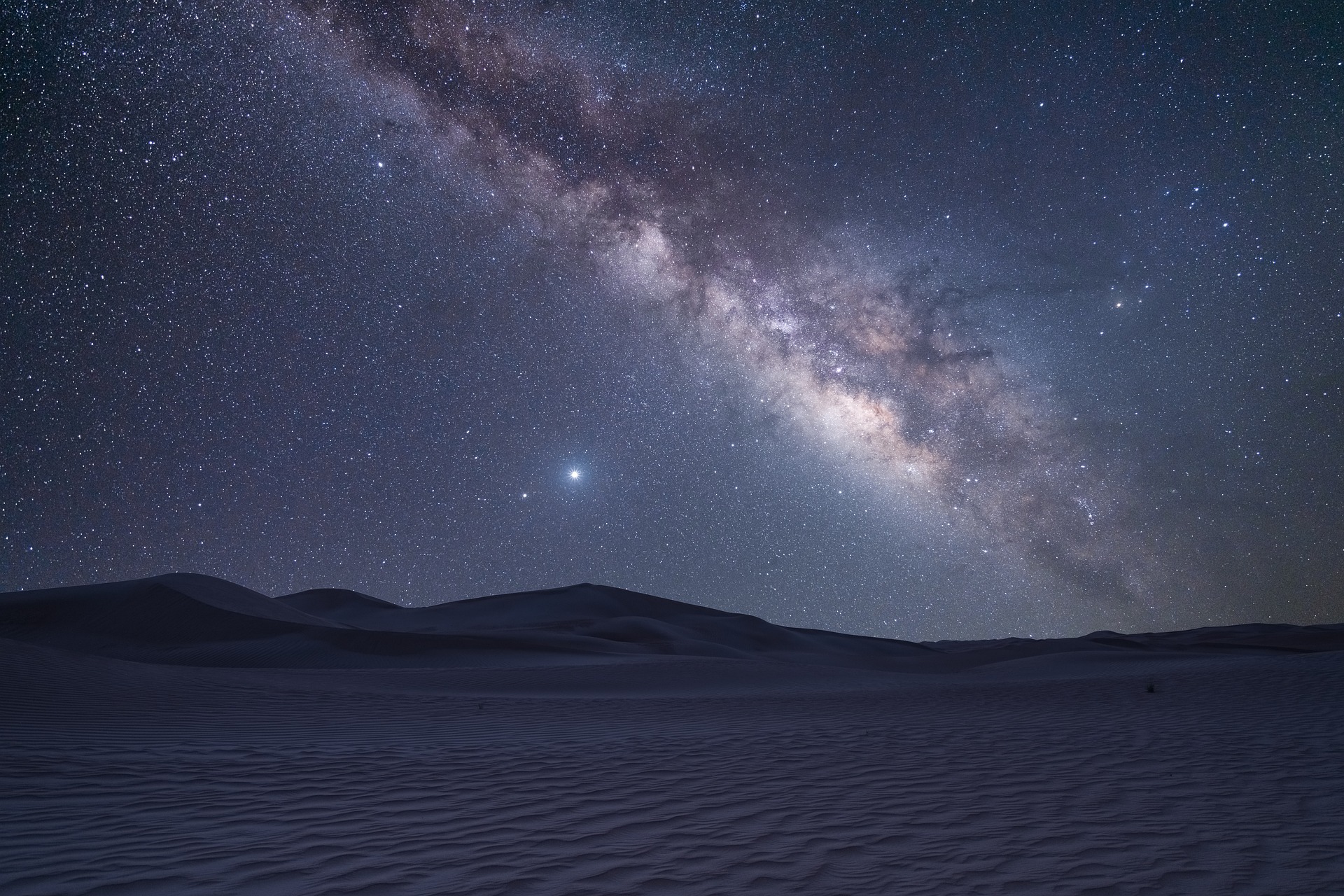 The Earth is not a disk – but the Milky Way is. Most stars and planets in the Milky Way lie on a plane, just like many other galaxies in a disc shape.

Earth is also on this level. That means we can look relatively well up and down into space. But if we point our telescopes toward the edge of the disk, so to speak, we can hardly see anything. The many specks of dust in a milky way prevent light from penetrating.

That’s why alien galaxies are not visible from Earth in 10 to 20 percent of the sky. This area has been christened the “Zone of Avoidance” (ZOA). Astronomers used to stay away from this area because the low light levels made it difficult to collect data on galaxies in this region.

But now, a team has managed to look through the ZOA. What they found is enormous. The results have been published in a study. Their peer review is still pending.

A cluster of 58 galaxies
The researchers call it a vast, extragalactic structure. It is a cluster that contains 58 galaxies. It has the name VVVGCl-B J181435-381432.

The cluster was found with VISTA. The infrared telescope in Chile scans the equator of the Milky Way, or ZOA, for infrared light. While the Milky Way’s dust blocks visible light, infrared light can penetrate Earth. Thus, they were able to pinpoint a region in the ZOA that indicated the presence of something significant.

The FLAMINGOS-2 instrument, also in Chile, was then pointed at this region. The near-infrared device can measure the distance and velocity of objects in space. This provided new data on five galaxies, about 3 billion light-years from Earth.

Further research needed
The researchers suspected early on that the five galaxies were part of a much larger cluster. With the findings so far, they again asked for the use of telescopes to study the spectra of the galaxies. Either that would confirm, or disprove, the conjectures.

The results eventually confirmed the research team. The cluster is believed to have 58 galaxies. However, it was not yet possible to determine its exact mass and contents. This will require further spectroscopic studies.

The actual sensation is not the vast cluster but that it was successfully discovered in the ZOA. For space research, it is essential to know the entire neighborhood of the Milky Way. This contributes significantly to understanding how the Milky Way was formed and why it is where it is.

The Great Attractor
It could also be a crucial step in unraveling the mystery of the “Great Attractor.” This galaxy supercluster is about 150 to 250 million light-years from Earth and has a mass of 10 quadrillion suns.

Something in the Great Attractor holds galaxy clusters together. This causes them to move away from each other more slowly than they should because of the universe’s expansion. However, the center of this massive gravity lies in the ZOA, which is why it has not yet been possible to determine what is behind this supercluster’s gravitational pull.