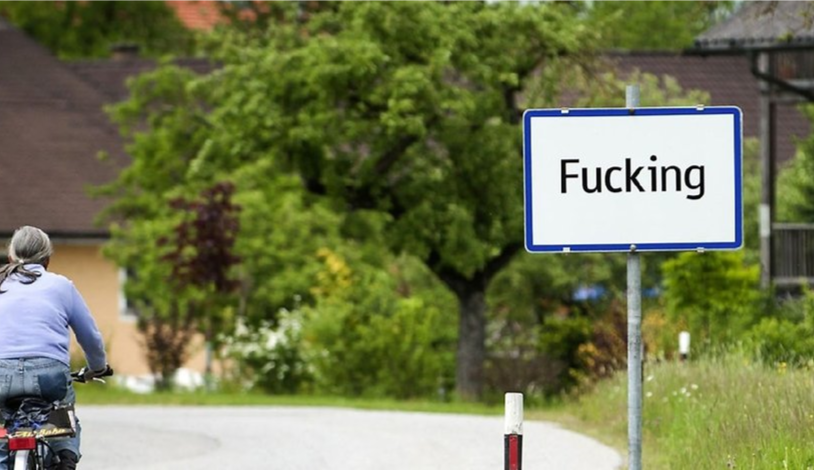 The small village Fucking in Upper Austria – world-famous bacause of its name – will get the name Fugging, starting January 2021. The inhabitants and the mayor have finally had enough of the worldwide hype about their village.

During the past days, it has been reported that souvenir hunters stole the coveted boundary sign by night. Some thieves were caught red-handed, they even came specially from neighboring Bavaria.

Now fucking signs are popping up on the Internet: At a sales exchange, a community sign can be bought for 2,499 euros. This has triggered a real unprecedented comments : “Get it out immediately, otherwise I’ll report it to the police. Selling the sign is punishable by law,” are the comments.

But the uproar is unnecessary. The offered sign is a copy of the original – 4.5 kilos in weight. It is not from Fucking, but from Vienna.