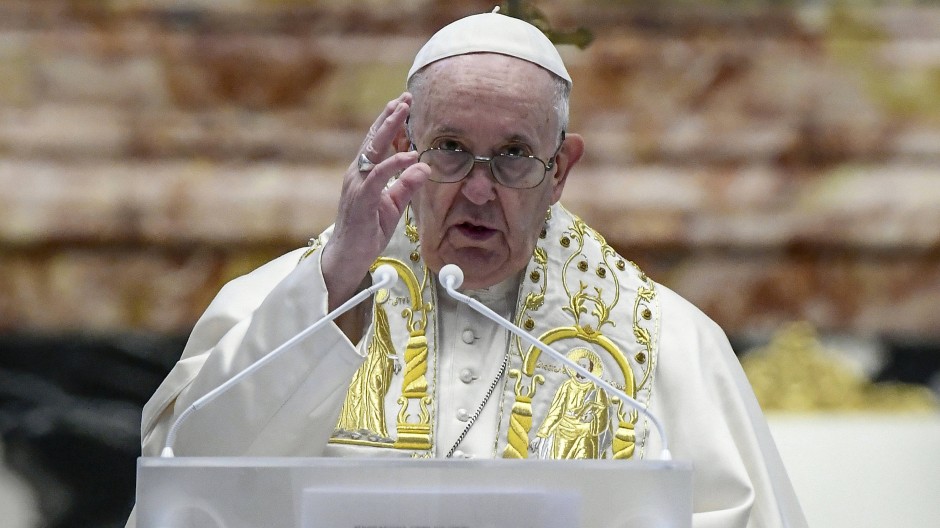 On Easter Sunday, Pope Francis plans to celebrate one of the highest feasts in the Church year for the resurrection of Jesus Christ from the dead, followed by the blessing “Urbi et Orbi”.

The head of the Catholic Church will once again have to celebrate the festivities under Corona conditions. The crowds of pilgrims who came to the Vatican and the Italian capital of Rome in the past failed to show up again this year.

Service in St. Peter’s Basilica
Before the pandemic, Easter Sunday Mass was often celebrated in St. Peter’s Square with tens of thousands of people. For devout Christians, Easter is the most important feast in the church year. Because of the Corona crisis, the Vatican again moved the service to St. Peter’s Basilica. There, again, only a limited number of participants are likely to be admitted. At the services on previous days, there were usually around 200 people.

A year earlier – in April 2020, when the pandemic in Italy was in full swing – Pope Francis celebrated Easter Sunday Mass in an even more limited form with a few concelebrants and religious sisters. The liturgy was somewhat shortened.

Then, as this year, events had to be cancelled or moved to other locations. Francis, for example, could not pray the Stations of the Cross on Good Friday at the Colosseum in Rome as usual, but had to switch to St. Peter’s Square. For the 84-year-old, who is considered someone who likes to be among people, the major church festivals of Easter and Christmas in pandemic times are sobering. His closeness to the people was visible, for example, on his trip to Iraq, when he was able to hold a mass in front of thousands of people in the soccer stadium of the Kurdish capital Erbil after a long time.

“Urbi et Orbi”
The second important program item on this year’s Easter Sunday is the offering of the blessing “Urbi et Orbi” (For the city and the world) following the service. With this, the Pope remits to the faithful the penalties for their sins, if they have already redeemed them beforehand – for example, in confession or through prayers. In the past, believers could only receive indulgences in St. Peter’s Square. Over the years, this also became possible via radio (1967), television (1985) and the Internet (1995).

The blessing is usually scheduled for Easter and Christmas – and then when a new pope has been elected. Last year, the pontiff also gave the blessing on March 27 for an extraordinary occasion. The reason was the Corona pandemic. At that time, he called on Catholics to love their neighbors and to recognize their true priorities in life.