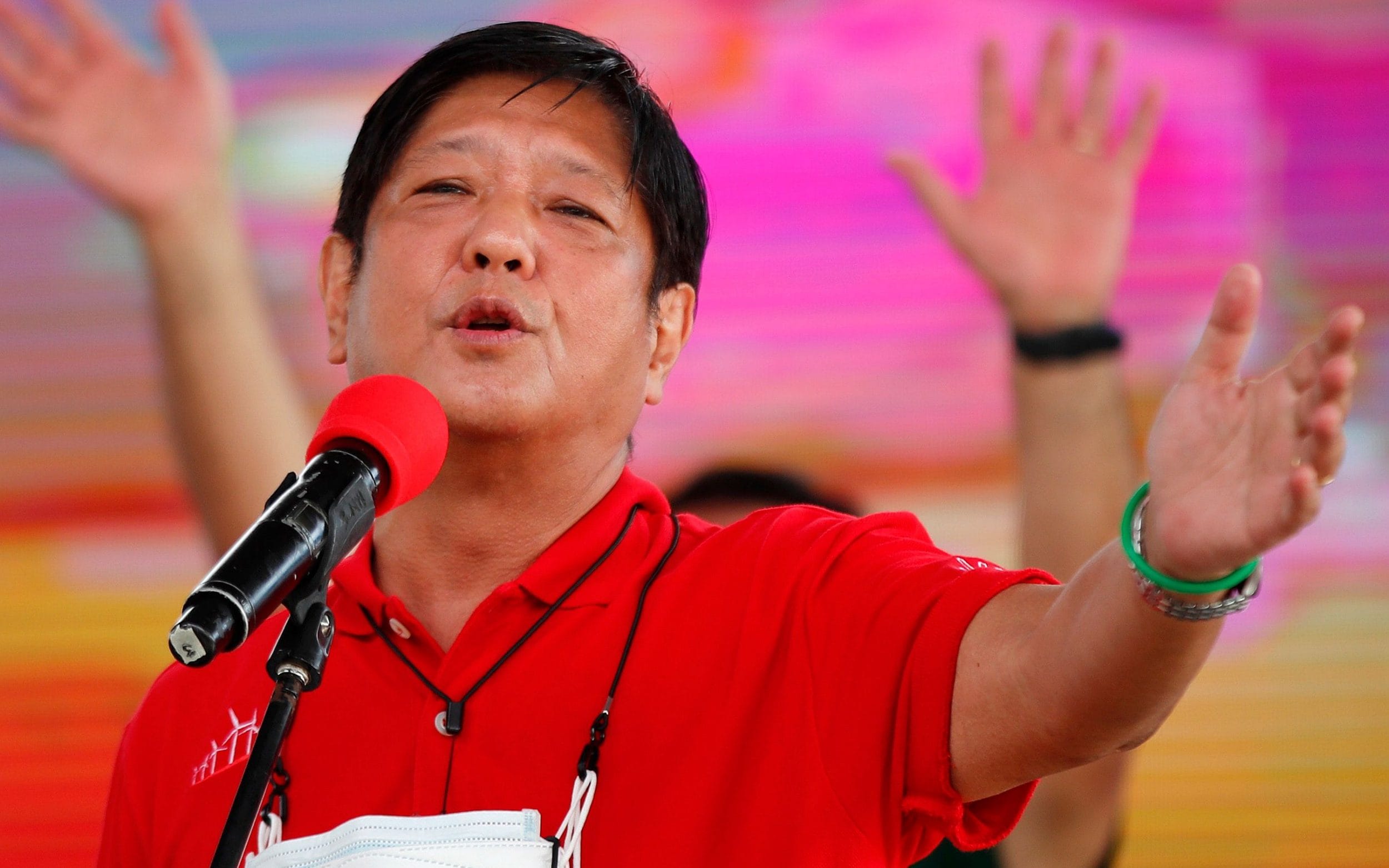 Sixty-seven million people have voted for a successor to outgoing President Rodrigo Duterte. Ferdinand, „Bongbong“ Marcos Jr., leads the election with more than twice as many votes as his rival.

According to an unofficial live count by election authorities, Marcos has more than 28 million votes, (as of May 10, 2022 – 01.08 Hours) more than double the 9.49 million cast by rival Leni Robredo. Sixty-one percent of the eligible ballots have been counted.

In the Philippines, the presidential election officially ended on Monday evening (local time). Some 67 million people were called to the polls to elect the successor to controversial President Rodrigo Duterte.

Polls already have Ferdinand Marcos Jr. ahead of vice president and opposition leader Leni Robredo. If Ferdinand “Bongbong” Marcos Jr. wins, his family will return to the Malacañang Palace in Manila 36 years after their expulsion. Vice President Leni Robredo and former world boxing champion Manny Pacquiao were second and third in the polls.

Outgoing President Rodrigo Duterte Duterte is controversial because of his extremely tough fight against drug-related crime and is not allowed to run for a second term under the constitution. His daughter Sara Duterte-Carpio, currently mayor of the megacity of Davao in the south of the country, is running for vice president alongside Ferdinand “Bongbong” Marcos Jr.

A total of nine candidates and one female candidate are vying for the office. The winner will be the candidate with the most votes. The president is elected for a six-year term. First results are expected on election night or Tuesday morning.

Police and the military were on standby because violence and allegations of fraud often overshadow elections in the Philippines. Duterte had declared Monday an extraordinary holiday in advance so that as many people could participate.

A very high voter turnout is on the horizon. On Monday, long lines formed outside polling stations in some places. “We are so overwhelmed by the number of people flocking to the polling stations,” said George Garcia of the Electoral Commission. “And this is despite pandemic threats. Democracy is alive and well in our country!” At the same time, however, there were delays at the polls because vote-counting machines were defective in some cases, and names were missing from voter lists.

Ferdinand “Bongbong” Marcos Jr. cast his vote in the morning in his hometown of Batac City in Ilocos Norte province, some 380 kilometers north of Manila. He then attended a church service with his mother, Imelda – once world-famous for her shoe tic.

The father, Ferdinand Marcos Sr. was buried in the Philippines’ Heroes’ Cemetery in Manila – 27 years after his death in Hawaii. Previous presidents had always refused to do so. Duterte, who has been in office since 2016, has close ties to the Marcos family.