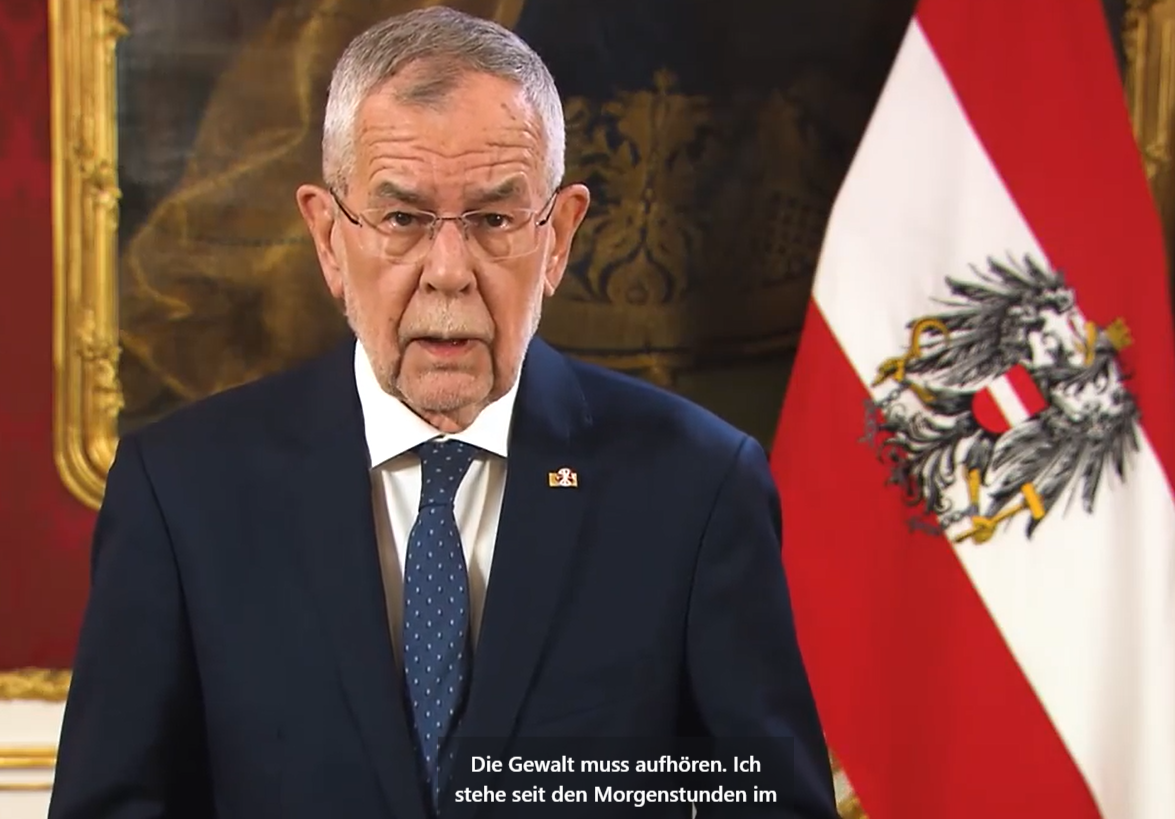 In urgent words, Federal President Alexander Van der Bellen called for peace in light of the Russian attack on Ukraine. “Today is a black day for Europe. But it is, above all, a black day for peace and for the people of Ukraine,” the president said in a televised address broadcast yesterday evening.

He said the Russian army attacked Ukraine with an all-out military operation by land, air, sea, and digital means. “The aggressive attack in violation of international law has put Europe, has put the world in a most precarious position. The violence must stop! I have been in intensive exchange with the federal government since the morning hours,” Van der Bellen stressed.

He added that the European Union stands united at Ukraine’s side. “We will not answer violence with violence, but we will take resolute measures together to make it clear that we will not tolerate this aggression. That we will not tolerate it in this way,” said the German president, who at the same time called on “all parties involved to be level-headed.” Every step that now follows should be well considered, he added.

The essential thing now, he said, is to help everyone in need. He added that the perpetual neutrality enshrined in the constitution does not mean “that we now bury our heads in the sand and pretend that none of this concerns us.” Austria’s neutrality virtually obliges it to take sides for peace actively. Vienna is available as a neutral venue for negotiations. For example, within the framework of the OSCE, the Organization for Security and Cooperation in Europe.

The Federal President concluded his speech in Russian and Ukrainian with the words: “We all want to live together in peace!”