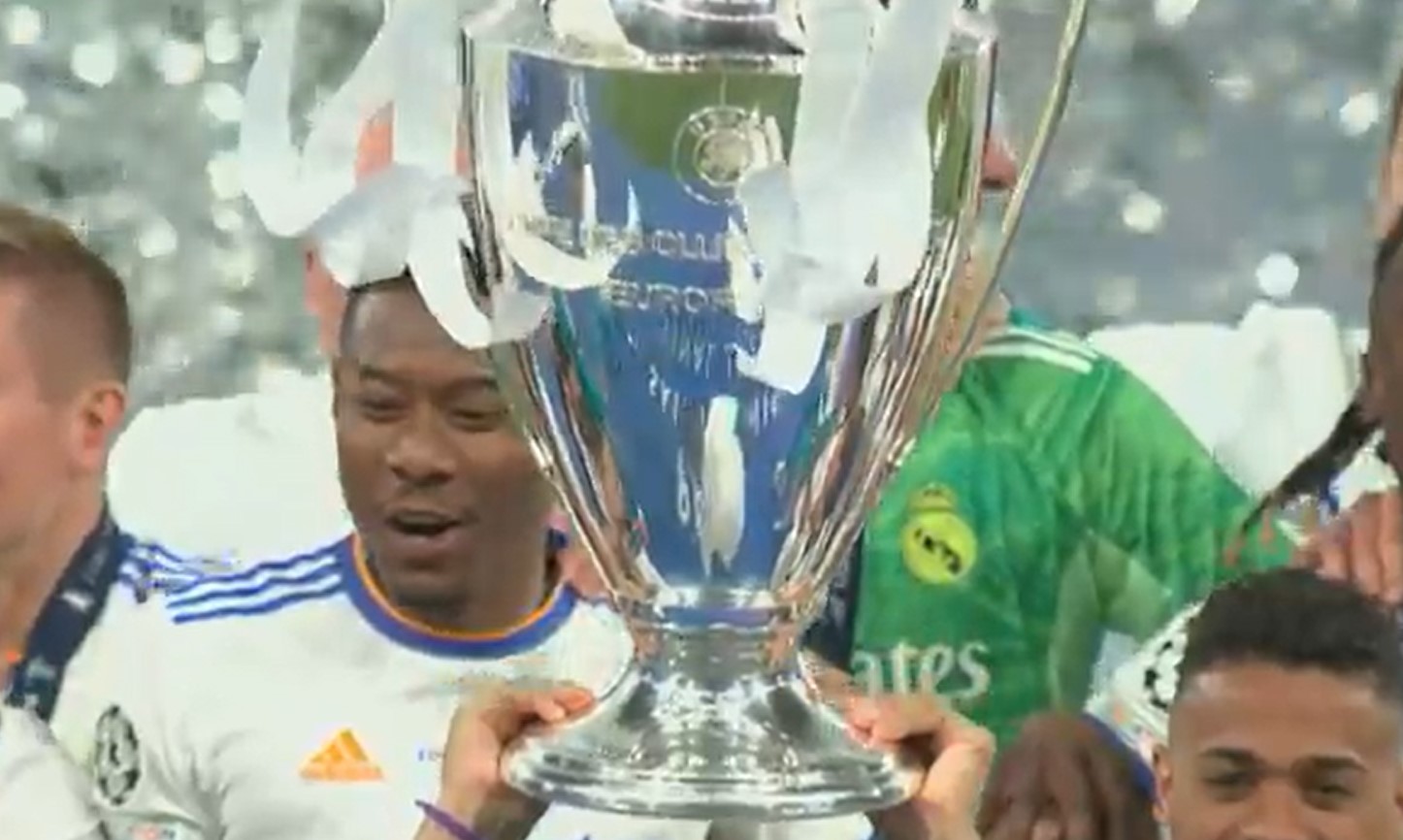 After his third triumph in the soccer Champions League, David Alaba was overcome by his emotions. Alaba knelt in tears on the turf at the Stade de France immediately after Saturday’s 1-0 final win over Liverpool before switching into jubilant mode a short time later. Dressed in a T-shirt with the inscription “My Strength Lies In Jesus” and a flag with the national colors of Austria, Nigeria, and the Philippines, he posed with the coveted trophy.

David Alaba has achieved something historic. After two Champions League titles with Bayern Munich (2013, 2020), his dream of winning Europe’s “top class” with his new club Real Madrid came true in his very first year with the “royals.” For Alaba, who celebrates his 30th birthday in just under a month (June 24), his 30th club title – is an impressive, impressive record.

Not only Alaba’s parents George and Gina, and sister Rose May, but also girlfriend Shalimar and son Zion were on hand to witness the success. “They have supported me throughout my career in any way they can. It’s no secret that I’m very close to my family. We stick together no matter what the situation. I’m grateful for that,” the defender explained.

Real Madrid has won the Champions League for the first time since 2018. The team prevailed 1-0 (0-0) in the final against Liverpool FC in Paris. Brazilian Vinícius Júnior scored the decisive goal in the 59th minute. Real thus triumphed for the 14th time in Europe’s top soccer league.

Liverpool coach Jürgen Klopp missed his second Champions League title with the team and, as in 2018, was defeated by the Madrilenians in the final.

The kick-off of the match had been significantly delayed due to massive problems with admission and did not start until 9:36 p.m. instead of 9:00 p.m.  Initially, the organizers had given security reasons on the scoreboard, then it was said that it was due to the “late arrival of fans.”

Alaba immediately established himself in the regular squad of the “royals” and won the Spanish championship and the Super Cup with them. It should be noted that Alaba celebrated his ÖFB senior team debut on October 14, 2009, against France at the age of 17 years and 112 days.

In doing so, Alaba also put behind him a disappointing experience at the Stade de France. In the final stadium of the 1998 World Cup, he had lost the group match against Iceland 1:2 with the national team at EURO 2016, which meant elimination in the group stage.