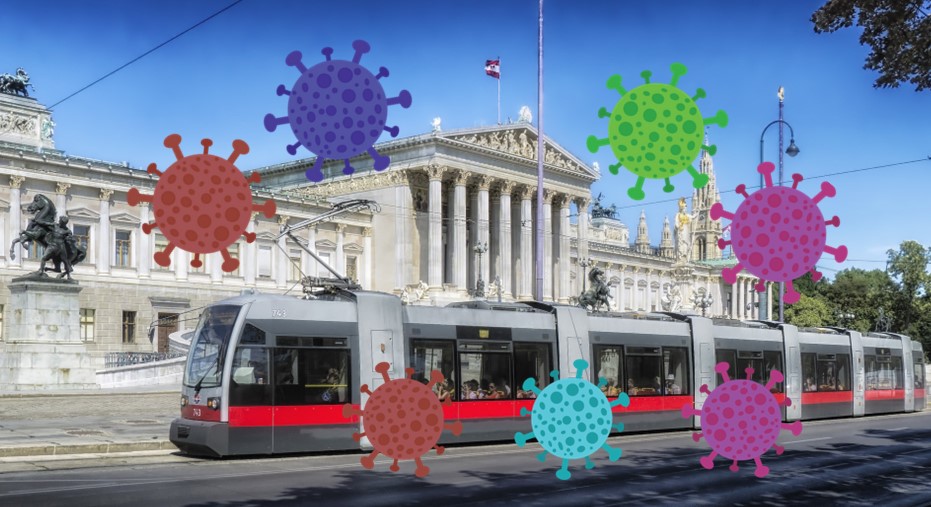 Twenty-eight thousand six hundred eighty-two active corona cases were recorded in Vienna on Wednesday – 8,867 more than the previous week. This points the way to new measures.

On Wednesday, 18,621 new corona cases and twelve fatalities were reported across Austria. A week ago, the number of new infections was 14,389. Vienna alone recorded 28,682 active cases on Wednesday – an increase of 8,867 cases compared to Wednesday of the previous week.

The occupancy in Viennese hospitals also increased massively: 473 (+ 134) patients were in normal wards on Wednesday, 24 (+ 8) in intensive care units. Four Viennese died of or with a Corona infection from Tuesday to Wednesday. This brought the death toll in the federal capital to 4,250. Since the start of the pandemic, 1,164,203 positive Corona tests have been registered.

Some time ago, the stricter Viennese rules were extended by city leader Michael Ludwig (SPÖ) until October 23:

➤ Thus, Vienna is the only province where FFP2 masks are mandatory in public transport.

➤ Masks must be worn when shopping in Viennese pharmacies.

A current PCR test (not older than 48 hours) is required for hospital visits or outpatient appointments. Only three visitors are allowed per day per patient.

➤ A current PCR test must also be presented for visits to retirement homes.

Extension of the stricter measures after October 23 is as good as fixed. In Vienna, one can expect a further general tightening of the Corona rules in the coming weeks. There are no concrete plans at the moment, according to City Hall. But: The mayor’s office emphasizes that Vienna will stay on the “path of safety.” “If the situation worsens, measures will follow,” a Ludwig spokesman told “Heute.” Addendum: “And this aggravation is currently to be assumed.”

He added that the crisis team was discussing the current development of the corona situation daily. In addition, consultations and in-depth discussions of the head of Vienna with experts will be on the schedule in the next few days. These are preliminary consultations, and a meeting of Ludwig with his panel of experts, including physicians, social scientists, statisticians, and others, would be the next step. There are no concrete dates yet – but this could change quickly.